Lake Country Physical Therapy & Sportscare, PC is proud to offer the Help a Friend Program. The Help a Friend Program is an opportunity to celebrate a double bonus. You have experienced the benefits of our services and when you refer a friend to us you receive a gift certificate to shop in downtown Canandaigua. 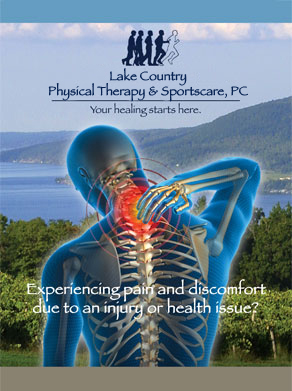